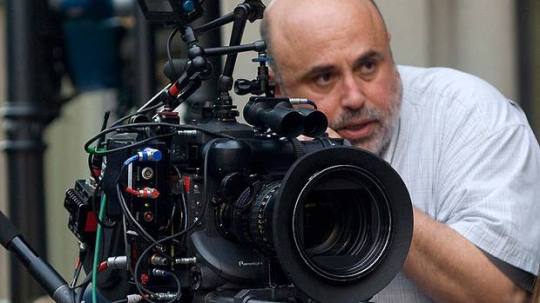 Spoiler Alert
This is a spoiler filled discussion of Sofia Coppola’s latest effort: The Bling Ring. This is not a review. If you haven’t seen the film yet I suggest you do that before to fully appreciate this piece. I warned you, if you keep reading I’m assuming you have seen the film or don’t care about spoilers. Either way: Thank you for reading.

In loving memory of one of America’s greatest cinematographers: Harris Savides.

Revisiting Sofia Coppola’s The Bling Ring last night gave me a lot to think about in terms of the themes that are present in the film. Whether she meant them or interprets them as I do here is questionable to say the least, but this is my take on the movie and how I see certain issues discussed and presented in it. It will be more of an ideological essay, rather than a “technical” one: That means I will not focus much on the filmmaking aspects, but rather the thematic elements of the film. The three major points I noticed and perceived as relevant and worthy of discussion are: It’s relation and views of the American Dream, existentialist problems, like in all of Sofia Coppola’s films and celebrity obsession. One paragraph will be dedicated to each of those topics and then I’ll try to resume my general thoughts on the film in the conclusions. As always, try to keep and open mind and remember this is just my opinion, nothing more, nothing less.

America’s Disillusion with the American Dream 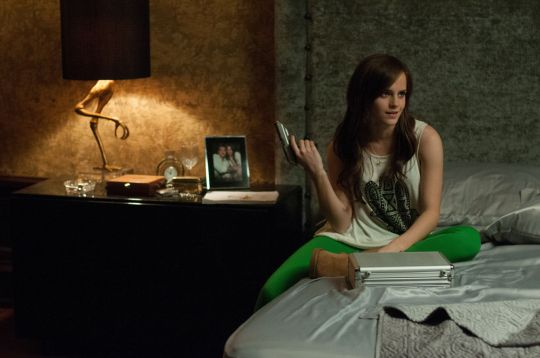 “America has a sick fascination with a Bonnie and Clyde kinda thing” Marc (Israel Broussard) remarks in the film. This is one of the few moments that are not necessarily subtle, but clearly comment on American society. During the last year there have been a number of American films dealing with the concept of the American Dream: Andrew Dominik’s Killing Them Softly, Harmony Korine’s Spring Breakers, Michael Bay’s Pain & Gain and Martin Scorsese’s upcoming The Wolf of Wall Street. Films are always a reflection of society, therefore it’s safe to say that American auteurs are noticing similar societal issues. Although dealing with similar themes the films mentioned couldn’t be more different, proving the auteur theory and the fact that every filmmaker brings their own sensibilities to the screen.

The idea of “achieving the American Dream through the backdoor” points to a high degree of disillusion and maybe even a little bit of bitterness. People feel like they’ve lied to. We’re not all the same, we are not born with equal opportunities and hard work is not enough to guarantee success. If the motto used to be “Life, Liberty and the Pursuit of Happiness” it seems to me that people these days are putting a lot of emphasis on the Happiness part and a unilateral interpretation of that word. Material well-being has become synonymous of well-being period. Any notion of spirituality, in a “traditional” sense has been almost completely rejected or ignored. Having faith and being a believer is increasingly seen as something negative in the Western world.

Ever since I can remember watching movies I’ve noticed a strong theme of making the viewer feel “entitled” to happiness. Especially in kids movies the message seems to be always the same: Believe in yourself and you can achieve anything. Just believe in yourself. We live in an individualistic society (as opposed to more collectivist cultures in Asia). Social media reflect how self-centered and egomaniacal we’ve become. It’s all about me; fuck everyone else! In The Bling Ring the characters are obsessed with taking pictures of themselves and posting them online, which eventually becomes their downfall. The fact that they can’t shut up about how cool they are for breaking in to celebrity homes and brag about all the stuff they stole is what gets them caught in the end. “Pride comes before a fall”. 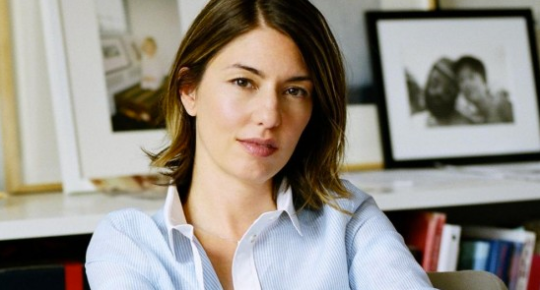 If you’ve seen more than one Sofia Coppola film you know that they’re existentialist essays on life’s unanswerable questions. In The Virgin Suicides, her stunning debut feature, she addresses life’s pointlessness more openly than in any of her films. Her first film is her most depressing one, because it shows just how empty human existence can feel. Why are people in Sofia’s films so sad? Well, quite simply because they’re lonely. Most of the time, like in The Bling Ring, they are well off financially, but bored and alone. What good is having all the money in the world if you can’t share it with someone who means something to you?

The parents in The Bling Ring seem to be only concerned about their kids’ material needs, while ignoring the fact that their sons and daughters need their love and affection more than anything else. They seem completely oblivious and uninterested in what’s really going on in their children’s lives, maybe they feel they’ve delegated their responsibility to educate them to teachers and other people in their everyday lives. When they come home late they don’t seem to care that much, when they see them with new expensive stuff they don’t suspect anything and when the cops come to their homes their completely oblivious to the fact that there is security footage of the robberies available everywhere.

I don’t mean to turn this into a “blame it on the parents” piece, that would be simplistic, unfair and not at all in the film’s spirit. The main character of The Bling Ring Marc feels isolated and lonely. When Rebecca (Katie Chang) befriends him, he is happy that he has finally found a friend for the first time. More than anything he wants to be accepted by her and the group, and that’s partly why he decides to embark on their mischievous adventures. With that I am not saying that ennui or being a teenager searching for a surrogate family are valid excuses to do bad things or that they’re the only reasons that explain Marc’s actions.

The increasingly materialistic values of our Western (or Western-like) societies and the absence of faith or spirituality in our everyday life are definitely the main drivers of a general feeling of malaise and emptiness. Technology seems to have simplified a lot of our daily tasks and is increasingly taking over social functions as well, but are we really more social or is it just an illusion? Does having friends on Facebook mean we have actual friends, that we’re connecting with other human beings on a truly meaningful level? Does it alleviate any of our pain of living?

Sofia Coppola, much like her father, has an interest and fascination for youth and youth culture. Her films capture the essence of youth and what it means to be young. The Bling Ring’s protagonists are teenagers. They are obsessed with celebrities. Celebrities are their new idols. We, as a society, may like to think that we are past religion and silly superstitions, when all we’ve really done is substitute worshipping heavenly creatures with earthly ones. Even if some of us like to believe that we’re smarter than past generations: We’re not, but we’re also not worse. We’re painfully average. Human nature never changes. There is no evolution. We may appear more sophisticated on the surface, but deep down we’ll always be the same. We’ll always have the need for a god or a substitute of some form.

Celebrities, much like money and material possessions, are just a new form of idols. We idolize brands. Never like before youths have been so brand conscious, especially in terms of luxury. Access to luxury however does not grant style, like Sam’s (Taissa Farmiga) scarce fashion instincts prove when she wants to wear zebra and leopard. The lower class always aspires to be part of the class directly above their own, the elite or high society or in this case celebrities. This human instinct is found in every society everywhere on earth, even in third-world countries in Africa. With new technologies, paparazzi everywhere and the internet the whole concept of privacy that was built in the past decades was turned on its head. People read and love gossip magazines and websites. People that have no real talent can become famous and be famous just because everybody accepts that they’re famous.

Especially during your teenage years you start looking for examples to follow, but what if the people you look up to only seem to care about partying and having a good time? If those are your only values your existence will feel unfulfilling pretty soon and you’ll probably end up like them: Getting arrested for drunk driving. Again, I don’t want it to look like I’m blaming celebrity culture for everything. As I’ve discussed a great deal of circumstances and explanations can be presented for why the members of the burglar bunch did what they did. None of them justify them, but all of them relate to their humanity and frailty and show us that we have more in common with them than we’d like to admit.

As always these essays turn into sociological pieces. I have a natural tendency to over-analyze things and bash media (especially television) on every occasion I get. Sofia Coppola’s films affected me deeply and made me think a lot about the times we life in. The Bling Ring perfectly captures the zeitgeist and I think I share a lot of the director’s worldviews. From a filmmaking standpoint I absolutely adored it. Here are a couple things I loved about the film. Firstly: The performances, everyone does a fantastic job, including minor roles and cameos. Secondly: Harris Savides’ cinematography, the film looks absolutely gorgeous, it is probably one of his best looking ones ever and definitely one to be proud of as your last film. Thirdly: The crazy soundtrack of contemporary pop and hip-hop music, which sets the tone perfectly and fits the characters who I love watching as they sing along. Furthermore I am of course a fan of Sofia Coppola’s masterful direction, her attention to detail and the amount of detail in every frame of the film, her taking chances on a cast of mostly newcomers and ability to flawlessly direct them and get stellar performances out of them and her non-judgmental approach. As much as I criticized the characters in this analysis, I was mostly thinking of the real life criminals, because the characters of The Bling Ring are so likable or at least relatable that you can’t help but root for them and wanting to succeed.

That’s all I have to say about the movie right now.
From my not-so-bourgeois home: I am your Professor, Davide Perretta.
Signing off. Good-bye!