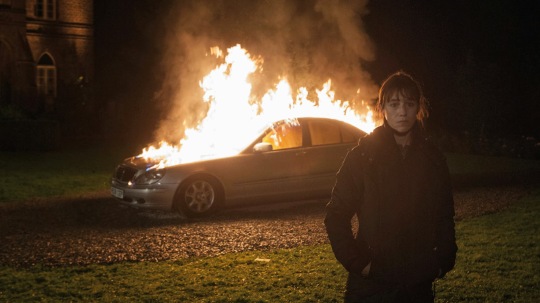 Premise: This list includes only films that had a 2013 release date according to IMDb. If you’re stunned that some films aren’t on this list it’s probably because they are on the 2012 list. My top ten will probably change and be updated, as more (foreign) films get released. As of right now I still haven’t seen Sono Sion’s Why Don’t You Play in Hell?, Catherine Breillat’s Abus de faiblesse and Gia Coppola’s Palo Alto. Yes, that last one was included purely because of the family name.

Alexander Payne’s black & white existentialist road trip film could have ended up being one of the year’s most pretentious films. Instead Nebraska is a genuinely heartfelt, humanistic and realist film about a troubled father-son relationship. The film explores themes related to aging, family and searching for meaning. Nebraska manages to be both deep and funny at the same time. It’s a low key film and certainly not much happens in terms of narrative, but its honesty and charm make it undoubtedly worthwhile.

In The Wolf of Wall Street Martin Scorsese draws a parallel between the world of Italian-American gangsters (Goodfellas) and the world of NYC stock brokers. The film does a fantastic job of showing how we all desire a life of luxury and excess, but how our own scruples and moral values prevent us from pursuing (best exemplified in Kyle Chandler’s character). Leonardo DiCaprio and Jonah Hill both give some of their best performances ever in what’s one of the year’s most entertaining films.

Before Midnight concludes Richard Linklater’s fantastic romantic Before Trilogy. Just like its predecessors this film is works so because of an amazing screenplay that Linklater co-wrote with the two co-stars: Ethan Hawke and Julie Delpy. Before Midnight‘s quick-witted and poignant dialogue, makes you reflect on life, love and art. The second half of the film escalates into a huge fight between the married couple elevating what started as a comedy into a serious drama that fully explores romantic relationships.

Comedic genius Woody Allen presents us with a dramatic film of a woman on the verge of a nervous breakdown in Blue Jasmine. Filled with spectacular performances from its all star cast (Cate Blanchett, Sally Hawkins, Alec Baldwin, Bobby Cannavale, Peter Sarsgaard, Louis C. K.)  Blue Jasmine is one of Allen’s best films, which also features one of his most memorable characters. Beautifully shot, luxurious and still ironic in a lot of ways this film is a strong statement about humanity and society. 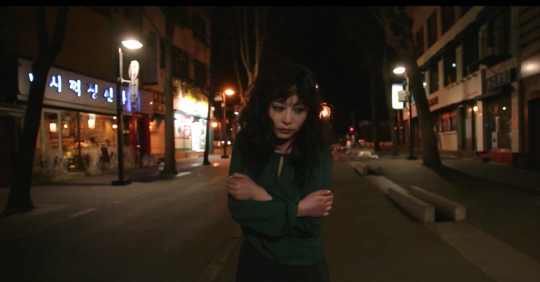 Korean auteur Kim Ki-duk decided to follow up his Golden Lion winning Pietà with what’s ostensibly a silent film. Moebius is a sick and twisted cautionary tale about infidelity. Darkly funny, strangely profound and impeccably acted this is yet another home run for one of the most underrated and prolific directors working today. Lee Eun-woo is especially exhilarating to watch in her double role as the mother and the lover. Words are really overrated: Just trust me and watch this movie, you won’t regret it.

Spike Jonze’s love story Her is the perfect marriage of sci-fi and romance. Joaquin Phoenix plays a character named Theodore Twombly who falls in love with his operating system. The film explores human relationships, technology and many other things. It’s a very personal film about the director’s divorce with Sofia Coppola (portrayed by Rooney Mara). It’s one of the best sci-fi films I’ve ever seen, it has one of the year’s best soundtracks, it looks gorgeous and is just emotionally devastating. 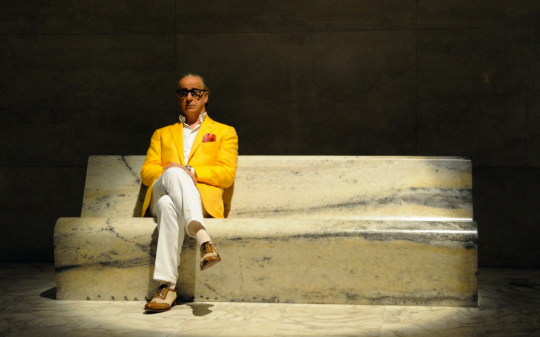 Paolo Sorrentino’s The Great Beauty is an incredible achievement in cinematography, acting and editing. The film is best described as an unofficial sequel to Federico Fellini’s masterpiece La dolce vita. Toni Servillo plays a journalist wandering the streets of Rome in search for his lost youth and a greater meaning. Constantly surrounded by beauty and living in one of the most breathtaking cities in the world he finds himself missing his first true love. La grande bellezza is a triumph of pure cinema.

Sofia Coppola’s essay on materialism and ennui is probably the film that captured the zeitgeist better than any other film last year. The Bling Ring is a funny, but thoughtful film that understands contemporary youths and shows them for what they are with no added judgment needed. Shot beautifully by Harris Savides (RIP), featuring some stellar performances by newcomers such as Katie Chang and Israel Broussard and with a killer soundtrack The Bling Ring is one of Sofia’s best films.

Nymphomaniac was intended as one giant epic, instead it was slip in two films with most of its sexual content taken out of the theatrical cut. This makes it hard to rank Lars von Trier’s film definitively in my top ten. If Volume II can keep up the same quality this spot should be a lock, if Lars managed to pull of yet another astounding ending à la Dogville or Melancholia the film might even overcome the current number one. Until I haven’t seen the whole film, I’ll cautiously put this art house masterpiece in second place.

Despite, or maybe because all of its close-ups, Abdellatif Kechiche’s Cannes winner Blue is the Warmest Color is currently my favorite film of the year. This is the second year in a row that I agree with the film festival. Kechiche’s love epic is one of the most honest, heartbreaking and haunting films I’ve seen in a long time. It will undoubtedly go on to be remembered as one of the best films of the year. The film’s neorealist approach elevated the story from its melodramatic source material and turned it into an unforgettable cinematic milestone.