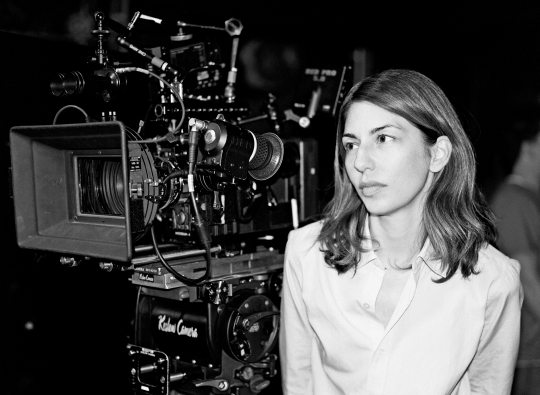 After releasing her latest film The Bling Ring this year, designing a new handbag for Louis Vuitton and directing a videoclip for her husbands’ band (Phoenix)  Sofia Coppola is back to work with a new film project. This time she will be collaborating with photographer Andrew Durham who will co-write the script with her. The film will be an adaptation of Alysia Abbott’s memoir Fairyland: A Memoir of My Father. Sofia will also be producing the film along with her brother Roman, though at this point it’s not clear whether she will be directing as well. It would be the first time that she writes a script she doesn’t direct. Then again it’s also the first time she co-writes a feature film with someone (she previously only shared screenwriting credits on her short film Lick the Star).

‘Fairyland’ will be produced by the family’s studio American Zoetrope and is about a young girl (Alysia) living with her single, gay father Steve in San Francisco in the 1970-80 in the midst of the AIDS crisis of that period. Apparently Sofia is a fan of the book: “I love the book Fairyland; it’s a sweet and unique love story of a girl and her dad, both growing up together in 1970s San Francisco. I think it will make an engaging and touching movie on a subject I’ve never seen before”. As a fan of Sofia I can’t help but think of her debut film The Virgin Suicides, which is also a period piece, but then the father daughter relationship is something she explored more deeply in Somewhere.

Alysia Abbott, author of ‘Fairyland’ also seems excited about the project: “I’m delighted that Sofia Coppola and Zoetrope are going to create the film version of Fairyland. Sofia’s understanding of the feminine perspective and the artistic vision that she shares with Andrew Durham make them ideal partners to make this movie. I could not be happier”. While I don’t really know anything about Durham, except that he shot the lovely picture of Sofia that you can see above, this should definitely be an interesting pairing. It also seems like she’s trying something different, which is always good, proves that she’s still has a lot of ideas and wants to translate them into art. Regardless of what many critics and film-goers are saying of her lately, it’s undeniable that she is one of the great American artists.

From Around the Web