With Closed Circuit coming out in theaters this weekend this is a good time as any to talk a little bit about paranoia in cinema. If movies are meant to be seen as dreams, some of them are definitely nightmares, and I’m not just talking about horror. We all get paranoid sometimes, filmmakers are no exception. So in listing and thinking about my favorite films about paranoia there are endless possibilities, a lot of great films to chose from. Some directors however deal with the issue of paranoia more than others, so in selecting some of my favorites I decided to pick five films whose directors return to the subject matter with every new film they release(d). 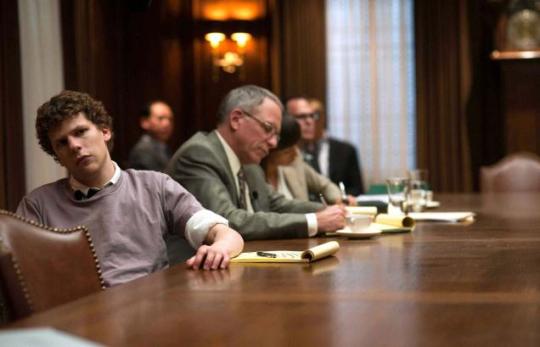 The Birds (1963, Alfred Hitchcock)
Hitchcock is probably the most famous director of all time and besides voyeurism and blonde leading ladies he also had a passion for paranoia. The Birds is one of my personal favorites of his, but fans of his work will know that there is a bit of paranoia in every one of his pictures (to some degree). ‘Birds’ is a great example because the fear is materialized on-screen in a very concrete and palpable fashion. Fifty years after its release it’s still a chilling film about nature turning on humans. Not only is it one of the best, but also one of the scariest horror films of all time, for me anyways, and I say that because fear is very subjective.

Rosemary’s Baby (1968, Roman Polanski)
Well, if Hitchcock is the most famous, Polanski seems even more paranoid to me. Again, it’s a recurring thread in all of his films, but this one right here about diabolic possession, might take the cake for me in terms of favorites. I love its slow burn pacing, Mia Farrow and John Cassavetes and just how scary and perfect the ending is. It’s been a while since I’ve seen it, but I still remember the film vividly in my mind, that’s how much it affected me. If you’re a horror fan this is one of the best and if you’re not, you can’t really deny Roman’s genius and the fact that this film succeeds on every level.

The Shining (1980, Stanley Kubrick)
A lot of conspiracy theories around this film and Stanley Kubrick himself and what are conspiracy theories if not structured paranoia? Once again one of the great horror films and a director that seemed to get progressively more paranoid throughout his career culminating in Eyes Wide Shut, and who can tell if he could have topped that in terms of paranoia if he wasn’t prematurely taken from us. The Shining is great, it’s an intimate story about a man taking his family to a secluded hotel in the mountains and then slowly descending into madness; although one might argue that he never really sane to begin with.

Blow Out (1981, Brian De Palma)
A fine mystery/thriller by De Palma, there’s a lot of Freud in it, just like you would expect. John Travolta plays a sound recordist that finds himself at the wrong place at the wrong time. Actually that’s the typical premise for a film about paranoia: The fact that you are “framed” or “trapped” or just very unlucky, like Travolta’s character. I love the look of this film and how it’s edited. Blow Out is great at creating tension and suspense, a fundamental ingredient for a film about paranoia, and I always found myself on the edge of my seat, not knowing what was going to happen next. With the Cold War still going on a lot of the films of this and proceeding eras are also metaphors for what was going on at the time (just look at all the alien invasion films).

The Social Network (2010, David Fincher)
Might seem like an odd pick, especially coming from someone like me who doesn’t like “cold” filmmaking, but there certainly is a context where that style feels apt and appropriate. In The Social Network I appreciate the unemotional, precise and methodical approach of Fincher’s filmmaking, because he’s portraying characters that could be described similarly. The “Facebook movie” was one of my favorites of that year, because it’s almost like a Citizen Kane in its incredible and fantastic portrayal of very successful, yet lonely people. Just like in every Fincher film there’s also a bit (or a lot) of paranoia, you might not pick it up right away, but it’s there and I certainly noticed it revisiting this great character piece.

That’s it. Those are my five recommendations for this week. If you love film you’ve probably already seen them, but like I said all of those filmmakers have a lot of paranoia flicks in their filmography and some of them (namely Hitch) have a huge catalogue of great works. Other directors that come to mind when thinking of paranoia that I’d like to mention are Darren Aronofsky, David Lynch, Kim Ki-duk, Krzysztof Kieslowski and Michelangelo Antonioni. Coincidentally they also happen to be some of my very favorite directors, so what does that say about me? I guess that should be pretty clear. See you next week and don’t smoke weed, because it heightens your paranoia and if you’re anything like me: That’s the last thing you need.