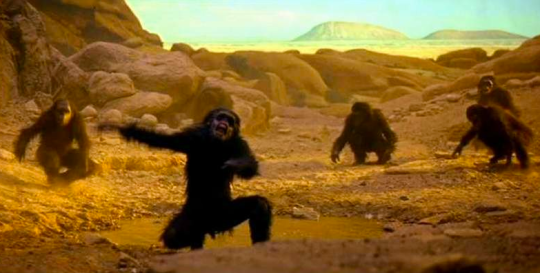 Increasingly I hear people referring to any film made in the last century as old. Nobody likes “old” movies. It seems that most people don’t even really like black & white. I used to be like that, but of course you can’t call yourself a real cinephile and not have a basic knowledge of the great classics. I’m here to help you. How? I’ve selected 20 of my favorite films of the 20th century. My hope is that these films will help you appreciate the fact that there are gorgeous looking pictures throughout any decade. Moreover these films aren’t just pretty to look at, but they’re also some of the best movies ever made.

Of course this is just a narrow portion of all the great looking films made in the 20th century. One reason is that obviously I haven’t seen all the films made from 1900-1999. Another reason is that I’ve decided only to include one film per director, in order to avoid featuring three Michelangelo Antonioni films. For more beautiful films you can always check out my personal top 50 (there’s some overlap), a top 10 list of post-1960s black & white films I love (again: overlap alert) and what I thought were the 13 most visually stunning films of 2013. But enough self-promotion, let’s take a look at the list (in chronological order).

Gregg Toland is still considered one of the most influential cinematographers of all time. Aside from photographing what is considered to be the best film of all time, he worked on both Wuthering Heights (1939) and The Grapes of Wrath (1940). Welles went on to direct sumptuous looking films like The Magnificent Ambersons (1942) and The Touch of Evil (1958).

Giuseppe Rotunno started his career as a cinematographer with Luchino Visconti and worked with him on several pictures. Visconti’s visual style is never too showy, but here he’s almost bragging. Rotunno then went on to work with Federico Fellini: Fellini Satyricon (1969), Amarcord (1973), Fellini’s Casanova (1976) and others. He also shot The Adventures of Baron Munchausen.

Ingmar Bergman certainly needs no introductions. This is his masterpiece. A true classic. It looks absolutely fantastic and we have Gunnar Fischer to thank for it. Fisher worked with Bergman on several films including Summer with Monika (1953), Smiles of a Summer Night (1955) and Wild Strawberries (1957). If you’re just getting into art house cinema Bergman is a good place to start.

Joseph LaShelle won an Academy Award for his cinematography on Laura (1944) and his work with Otto Preminger. However I think he should have won for this amazing Billy Wilder film. I can only imagine how spectacular this must look on the big screen. Since I’m not too familiar with LaShelle’s work I’ll just go ahead and recommend my favorite Billy Wilder film: Sunset Blvd. (1950).

Michelangelo Antonioni is a director that I consider a visual artist first and then a storyteller. Before being promoted to director of photography Aldo Scavarda was a camera operator on Antonioni’s Story of a Love Affair (1950), I Vinti (1953) and The Lady Without Camelias (1953). This isn’t only one of the most beautiful Antonioni films, but just one of the best Italian films of all times. 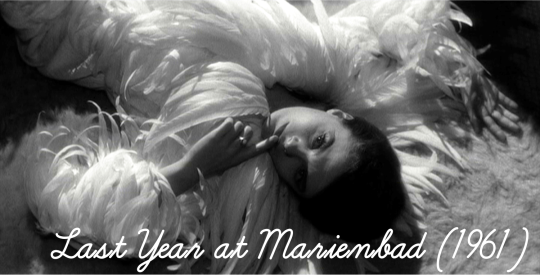 Okay, this is actually the only film on this list I picked mostly for the eye candy. It’s incredible. The definition of visually arresting. So far I haven’t seen many Alain Renais films, but they all looked great, I doubt he topped this one. Although Renais and Sacha Vierny did a fantastic job on Hiroshima Mon Amour (1959). Another great Vierny photographed film is Bertrand Blier’s Beau-père (1981).

13. Woman in the Dunes (1964, Teshigahara Hiroshi). Cinematography by Segawa Hiroshi.

I discovered this Criterion gem a couple years ago and found myself thinking about it a lot.  Segawa Hiroshi’s images really stick with you. This is some of the most exquisite looking Japanese New Wave films. Like Kishida Kyôko (Woman) the beautiful pictures lure you into a dreadful world. Segawa also worked on Teshigahara Hiroshi’s The Face of Another (1996) which is equally tense.

Every list praising best cinematography should have at least one Stanley Kubrick film on it. Any of his films will do. Kubrick started out as a photographer, so it’s no surprise that he had an eye for visuals. 2001 is a great classic and it was shot by Geoffrey Unsworth known for Superman (1978) and Murder on the Orient Express (1974). Tess (1979) however is the one near and dear to my heart.

Woody Allen’s love letter to his beloved Manhattan is one of the best romantic comedies of all time, but also one of the most immaculate black & white pictures I’ve ever seen. Allen has worked with some of the best cinematographers in the industry including the recently deceased Gordon Willis. He’s had a splendid working relationship with Allen, but he also shot The Godfather (1972).

I was tempted to feature Francis Ford Coppola’s The Godfather (1972), but everyone has seen that one, so I’ll recommend a lesser known film, shot by an equally talented DP: Stephen H. Burum. Burum also worked with Coppola on The Outsiders (1983), but you might know him better for his work with Brian De Palma: Body Double (1984), The Untouchables (1987) and Carlito’s Way (1993). 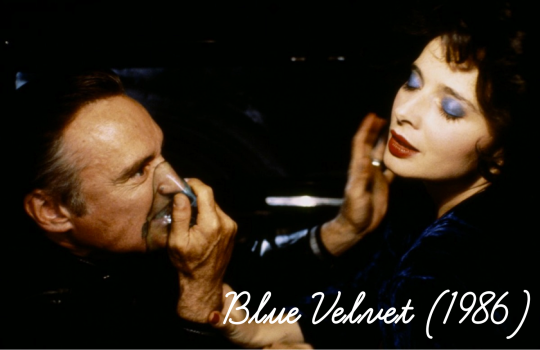 I absolutely adore this film. If you can see past all the violence and sex, you’ll realize that there’s and incredibly sweet and romantic story at heart. Not only it’s one, if not the best David Lynch film, but it’s also one you’ll remember for his striking visuals, courtesy of Frederick Elmes, who also worked with Lynch on Eraserhead and Wild at Heart. Other recs.: The Ice Storm and Night on Earth.

It was though to pick just one Jim Jarmusch film, because they all look fantastic and I love them all, so I went with my favorite of his early works. Robby Müller (best known for his work with Wim Wenders) shoots this crispy clean black & white film, but you owe it to yourself to check out his work in color as well: Paris, Texas (1984), Mystery Train (1989) and Breaking the Waves (1996).

This film was love at first sight. There’s nothing quite like it both in terms of story and aesthetic. It’s a near perfect film. Certainly it’s Wim Wender’s best film. French DP Henri Alekan (best known for Roman Holiday and La belle et la bête) creates some of the most stunning black & white images you’ll ever see. You could pick any random frame of this film and hang it on your bedroom wall.

I’ll go ahead and try to be as controversial as this film when it came out. I think this is Martin Scorsese’s most gorgeous film. His collaboration with Rainer Werner Fassbinder’s cinematographer Michael Ballhaus definitely translated into some of the Italian-Amerian auteur’s most beautiful imagery. Naturally, another reason why I love this movie so much is Willem Dafoe (Jesus Christ).

Tim Burton and Stefan Czapsky went on to work on Batman Returns (1992) and Ed Wood (1994) after this film, but they never quite topped it in terms of quality or aesthetic. There’s something beautiful and yet sad about this film. The images are perfect, but they’re also almost sterile somehow in their perfection. Until this day it’s my favorite Tim Burton film, along with Big Fish (2003) of course.

If you’re looking for something sexy you can’t go wrong with this one. Granted a lot of it has to do with Irène Jacob, but Sławomir Idziak’s picturesque framing and lighting is just to die for. Most people will probably know his work from blockbusters like Black Hawk Down, King Arthur and Harry Potter and the Order of Phoenix, but I prefer the films he did with Krzysztof Kieslowski.

This film really opened my eyes in a lot of ways. It solidified for me that Roman Polanski is one of my favorite filmmakers and it also made me realize what a visual eye he has and how meticulous and visually immaculate his films are. Tonino Delli Colli (Pier Paolo Pasolini’s go-to cinematographer) creates an eerie and nightmarish atmosphere that is both haunting and absolutely gorgeous.

Well, this is a bummer, but at least it looks good. If you’re going to pick a film about the Holocaust you can’t go wrong when it’s Steven Spielberg, in what I consider to be one of his finest films. It’s also Spielberg’s first collaboration with Polish DP Janusz Zygmunt Kamiński. He went to work with Spielberg and create many other beautiful pictures like Munich or Lincoln.

Wong Kar-wai paints a beautiful, kinetic and relentless Hong Kong in this beautiful romantic film shot by his long time collaborator Christopher Doyle and Andrew Lau. Doyle went on to photograph what I personally consider one of the all time greatest looking film: Wong Kar-wai’s In the Mood for Love (2000). In fact pick any film by Wong or Doyle and just soak in the beautiful imagery.

These are some of my favorite and most visually stunning films (1900-1999). What are yours?