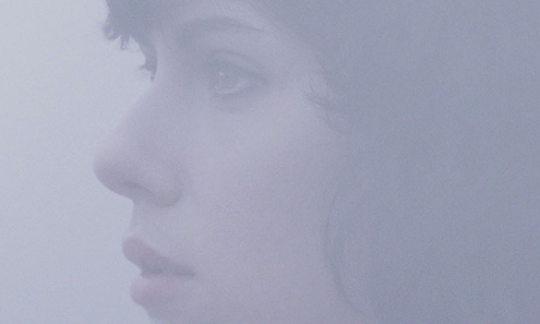 Neil Kellerhouse, Criterion DVD/Blu-Ray cover art designer and frequent poster artist for directors like David Fincher and Steven Soderbergh created these fantastic one-sheets for Jonathan Glazer’s Under the Skin. I love these, because they seem to echo the tone and feel of the eerie teaser trailer we got for the film earlier in September. Also in a day and age where posters are basically a competition to see who can slam more stuff on it, this minimalist approach is very refreshing.  END_OF_DOCUMENT_TOKEN_TO_BE_REPLACED

I am not familiar with Glazer’s work (Sexy Beast & Birth), but I liked this teaser, because it’s very atmospheric and moody. It has a very mysterious aura. I’m not sure if the film will be as surreal, but it certainly looks interesting. I also happen to like Scarlett as an actress and I feel that many people still tend to underestimate her or take her for granted.

Since this teaser seems to be spoiler free I feel I can recommend it to anyone (even people who dislike trailers). At the same time I don’t feel like mentioning any plot details here, because I would like to know as little as possible myself going into this film. That’s also the reason why I’ll avoid any other trailers we might and will get for this film. I’ve made up my mind to see it, I don’t need further “encouragements”, if you do go ahead, but the next time you’ll hear me mention this film it’s probably for a review.