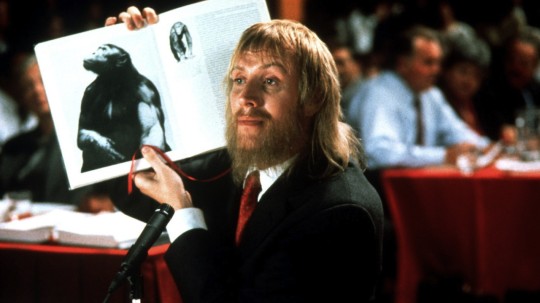 Puff (Rhys Ifans) is a horny, untamed man who lived in the wilderness all his life. His father raised him to be an ape. One day Nathan Bronfman (Tim Robbins), a doctor obsessed with table manners and his girlfriend Lila (Patricia Arquette) an attractive woman who suffers from a rare disease that makes her body hairy, go for a walk in the forest. As you’d expect they stumble upon Puff. Bronfman decides to take the man-ape to his lab to study him and train him to become human. Things start to get complicated when Gabrielle (Miranda Otto), Dr. Bronfman’s sexy French assistant comes into the mix.  END_OF_DOCUMENT_TOKEN_TO_BE_REPLACED 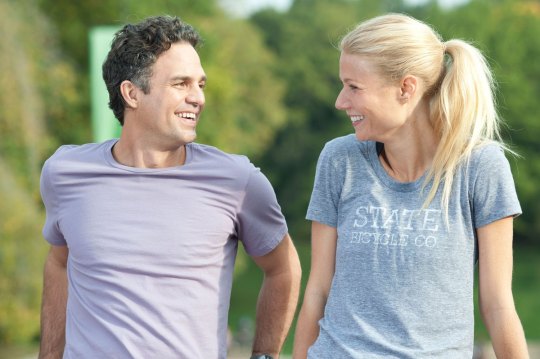 Adam (Mark Ruffalo) is a handsome, young nymphomaniac living in New York and trying to overcome his sex addiction with his sponsor and buddy Mike (Tim Robbins) a recovering alcoholic. He has been “sober” for five years, so Mike has decided for him that it’s okay to get back in the dating game. Adam is reluctant at first, but then meets this hot blonde Phoebe (Gwyneth Paltrow), who’s just to good to be true (or real). Meanwhile, Neil (Josh Gad) a slightly overweight compulsive sex maniac, is forced by court order to get in the twelve step program, where he meets Adam and Mike.  END_OF_DOCUMENT_TOKEN_TO_BE_REPLACED

Stuart Blumberg one of the co-writers of 2010’s indie smash hit The Kids Are All Right (nominated for four Academy Awards), is taking the director’s seat as well in Thanks for Sharing. The film is about three people trying to overcome their sex addiction. Starring Mark Ruffalo, Tim Robbins, Gwyneth Paltrow, Josh Gad, Joely Richardson and Alecia Moore (aka Pink) this looks like a funny comedy/drama.

I liked The Kids Are All Right quite a bit and looking at this trailer I got some of the same vibes. As a fan of Ruffalo, Paltrow and Gad (who’s been doing some amazing work in the indie scene) I think this is the perfect casting. While the cynic in me wants to say that Pink is just trying something to save her career she looks good in this as well. The film garnered favorable reviews at the 2012 Toronto International Film Festival and will be out in theaters September 20, 2013.