As teased last week I watched a lot of good movies. Some of those I’ve already reviewed, so if you want full-lenght thoughts on them, just click the title. I also had a lot of fun with the short horror films of Tim Buel.

Radio Days (1987) – 7 (IMDb 7.5) – Comedy, Drama (USA)
Written & directed by Woody Allen (and featuring his witty voice talents), Radio Days is a nostalgic look at an era in which radio was the dominant media. Made in a time where television substituted the medium, now in turn rendered obsolete by the internet, Woody remembers his childhood and in the most romantic and whimsical way possible. The film is a series of anecdotes and memories connected to radio programs and listening to songs on the radio. At the same time that’s the films only “flaw”: It is unfocused and jumps from bit to bit without presenting a clear narrative or story. But that is a minor criticism, because I’m not one of those that needs a traditional narrative to enjoy a film, here however it takes a little bit to get into and understand what Woody is going for. Once you get it however it’s a satisfying, charming little film.

The Coast Guard (2002) – 7 (IMDb 6.5) – War, Drama (South Korea)
As you may or may not know Kim Ki-duk is one of my favorite filmmakers. The Coast Guard was the only film of his I hadn’t seen yet. The reason being, that I’m not a big fan of war films, unless it invovles crazy nazis. Of course this is not only a war film, but also a Kim Ki-duk film and I’m always on board for that. The Coast Guard is Kim Ki-duk’s Full Metal Jacket (1987), in that it shows the pointlessness of war and how nonsensical the whole notion of it is. Kim injects personal drama and all of his favorite themes into this one turning it into a fascinating character piece and one of the best war films I’ve ever seen. That being said, it’s also a heavy film and definitely not for everyone; but because of its subject matter – North vs. South Korean conflict – it’s a relevant film that I would venture saying has a historical significance. Not my favorite Kim Ki-duk, but definitely worth checking out.

‘PICK OF THE WEEK’
Stroszek (1977) – 8.5 (IMDb 7.9) – Comedy, Drama (Germany)
Last week’s favorite film came at the end of the week. Last night I watched Werner Herzog’s Stroszek with my brother, in anticipation of the director being honored for his career at the Locarno Film Festival this summer.
Stroszek is a small masterpiece from the German director, that much like in his 1970 black & white film Auch Zwerge haben klein angefangen (Even Dwarfs Started Small), returns to a fascinatingly strange cast of characters. The story follows a drunk street musician and his friends trying to make a new life for themselves in the United States. It is very much a character piece, with a lot of humor and heart, all of which is accompanied by a melancholic and irredimably pessimistic view of humanity which culminates in a triumphantly quiet and perplexing ending. This may all sound artsy fartsy to you, but Stroszek is much more than just a statement from Herzog: It’s a story about the human condition and what it means to be human. How is our life different from that of an animal? How are we, as human beings, different from animals? And is there a thing such as happiness on this sad and lonely earth?
This film tries to answer those questions and is bold in doing so and that’s what makes it such an important essay about humanity. It also helps that Herzog genuinely loves his characters or at least is able to present them in a way that the audience will empathize and root for them. Underscored by some great music and shot beautifully Stroszek is a film that I’m sure will stay with me for a long time and I already can’t wait to re-watch. 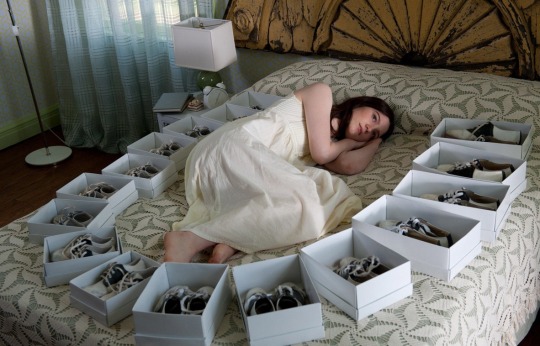 India Stoker (Mia Wasikowska) is a moody teenager from a privileged family living in the lush countryside of the United States. Her pleasant and uneventful life is suddenly turned upside down when her father Richard (Dermot Mulroney) is killed in a car accident. India is left with her apathetic mother Evelyn (Nicole Kidman) and no one to console her, until her long-lost, creepy uncle Charlie (Matthew Goode) shows up. While the not-really-grieving widow seems to appreciate her odd, but attractive brother-in-law’s presence, he seems to be hiding terrible family secrets under his strange smirk.  END_OF_DOCUMENT_TOKEN_TO_BE_REPLACED