Jasmine (Cate Blanchett) just lost everything. Her husband. Her son. Her possessions. So after a nervous breakdown she packs the last of her Chanel, Dior and Hermès pieces in her vintage Louis Vuitton luggage and flies all the way from New York to San Francisco. Her sister Ginger (Sally Hawkins) lives there. She is nice enough to take her in, even though Jasmine’s husband Hal (Alec Baldwin) gambled away all of her money on a dubious investment. Jasmine has hit rock bottom. When she married Hal she left school for him. Now she doesn’t have a degree or job experience. She  is forced to take the first job that comes her way, in order to pay for go to computer school so that she can then study interior design online. Drowning her sorrows in cheap alcohol and prescription drugs only makes things worse. Nothing seems to be going right for her, until she meets a dashing and promising young fellow named Dwight (Peter Sarsgaard). To appear more desirable she lies to him about her past, but what if he found out what kind of person she really was?  END_OF_DOCUMENT_TOKEN_TO_BE_REPLACED

Woody Allen is an unstoppable force, a tireless filmmaker releasing one film a year ever since he started working. As he said himself, he doesn’t believe in the auteur theory, but in the quantity theory, that is: If you make a lot of movies, chances are some of those are actually good. His theory certainly works for him, since the number of classics he produced is higher than most filmmaker’s entire filmography.

Blue Jasmine is Woody Allen’s newest film starring the lovely Cate Blanchett, Peter Sarsgaard, Alec Baldwin and Sally Hawkins. Unlike most of his work which is mostly a mixture of comedy and other genres, Blue Jasmine is going to be a straight-up drama. Not many of Woody’s drama’s have been successful, critically or at the box office, however there have been some great ones like Interiors. Woody Allen himself wishes he was better at it, so I’m glad he keeps trying. I prefer an ambitious failure over something lazy (but still kind of charming) like To Rome with Love, his 2012 film.

You can find the first trailer for Blue Jasmine on YouTube and here are some set photos and stills for the movie. The film will be released in US theaters July 26th, 2013. Anyone else looking forward to it? 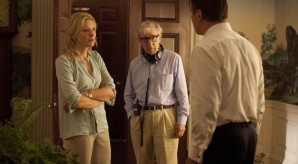 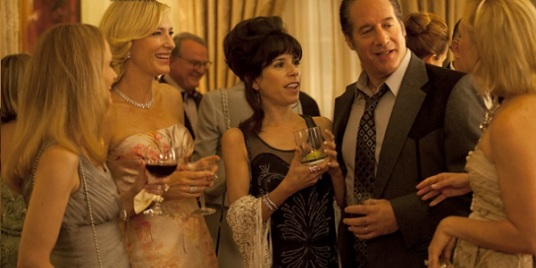 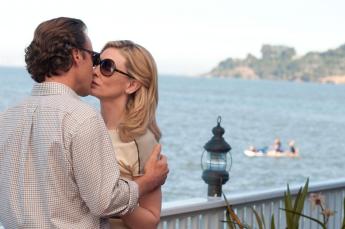