After getting some buzz for being banned in South Korea, Kim Ki-duk’s new film Moebius also gets a first teaser trailer. All of the director’s trademarks are present: Great actors, fantastic score and creepy stalking. 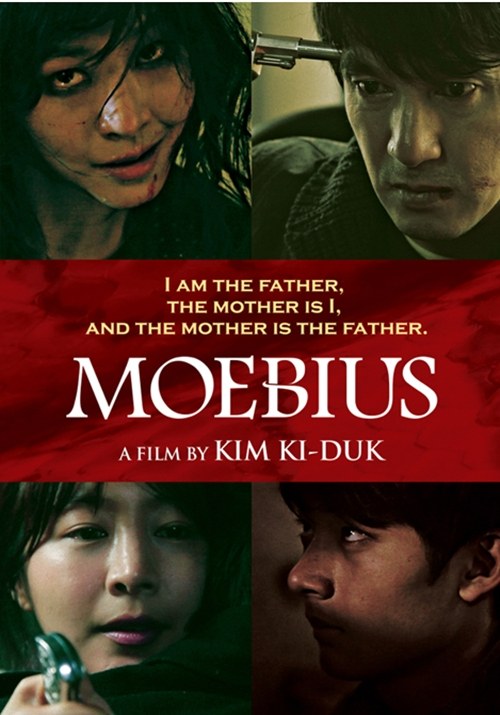 New developments on Kim Ki-duk’s Moebius. It looks like the film will be restricted domestically: Except there are no theaters that show “restricted” releases in South Korea. The Korean Media Rating Board announced: “The story and contents of the movie is highly violent, terrifying and harmful to underage audiences. The unethical and unsocial expressions of sexual activity between immediate family members make it only suitable for screening in limited theaters”. At this point Kim Ki-duk’s production company is considering its options: Either re-edit and re-submit the film for a new rating or only exhibit the picture at festivals (which is allowed).

I’m not sure how big of a problem this is going to be for Kim Ki-duk, since he is still able to advertise it and alternatively show it domestically. Also, remember that his films are more financially (and critically) successful in foreign countries and low-budget, so he could still make his money back without compromising his vision. Undoubtedly this is not good news, but if he plays it smart he could turn it into publicity and attract a certain audience keen on violent content.

Meanwhile, the first poster for Moebius is a bit too reminiscent of the one for Steven Soderbergh’s Contagion (2011). Hopefully his marketing team steps it up a little and doesn’t give up on this very interesting sounding project.