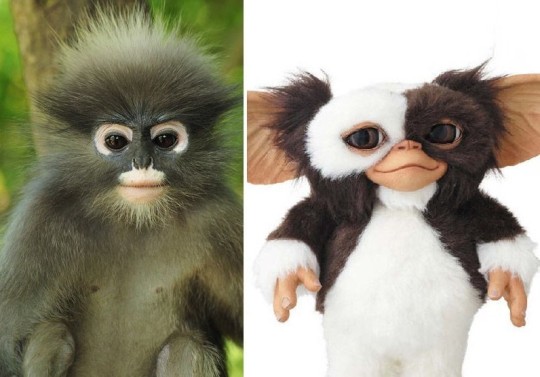 Here’s something cute. It’s always fascinating to see where artists get their inspiration from. Sometimes it comes from the most obscure and random places like South Asia, and then it lands in one of the most beloved horror films of all time: Joe Dante’s Gremlins (1984) produced by no one other than Steven Spielberg. The creatures in question are the iconic Mogwais, which bear a lot of resemblance with a real animal that lives in the Indian subcontinent: The Grey langur. The langur is a monkey of the  Semnopithecus species and likes to chill in the Himalayan area and in Thailand. But what about late post midnight snacks? END_OF_DOCUMENT_TOKEN_TO_BE_REPLACED

Oh man! Gotta love the internet. People write stuff without checking their facts and before any information is actually confirmed. Today, several websites and blogs reported that Gremlins director Joe Dante was going to make a Biopic about legendary horror b-movie producer Roger Corman, and that Quentin Tarantino himself was cast as the lead. Truth is: Joe Dante is directing a film called The Man with the Kaleidoscope Eye, however his buddy Quentin won’t be in it. Dante set the record straight by simply updating his Facebook status.