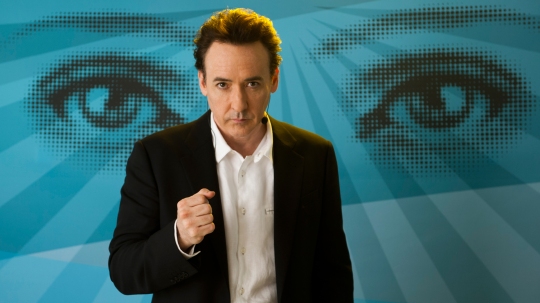 Exciting news for David Cronenberg fans: The Canadian auteur is back with a new film called Maps to the Stars. The film was written by novelist and screenwriter Bruce Wagner, who’s not exactly a fan of Hollywood. According to Wikipedia, it’s a satire/drama, but looking at this first trailer it seems a lot darker than that. Cronenberg’s last two films (A Dangerous Method and Cosmopolis) have been incredibly dialogue-heavy, but this looks like it could be a return to old school Cronenberg. I mean it’s not going to be body-horror, but it could be a thriller.  END_OF_DOCUMENT_TOKEN_TO_BE_REPLACED 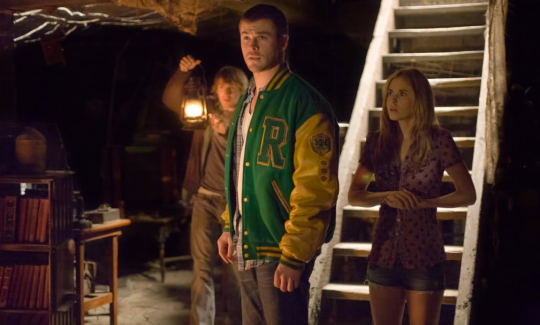 What better time to discover the philosopher within yourself than the holidays? Increased alcohol consumption, a relaxed atmosphere, lot of time to think about your life. In that spirit I found myself thinking about ideologies or philosophies that filmmakers knowingly or subconsciously work into the stories they tell. A lot of these world views have become so popular, that they almost became staples of storytelling itself, genre tropes, clichés even. Some of those are easy to detect and unmask, like the famous happy ending. Some are more subtle and insinuate themselves into the film through the back door if you will.  END_OF_DOCUMENT_TOKEN_TO_BE_REPLACED 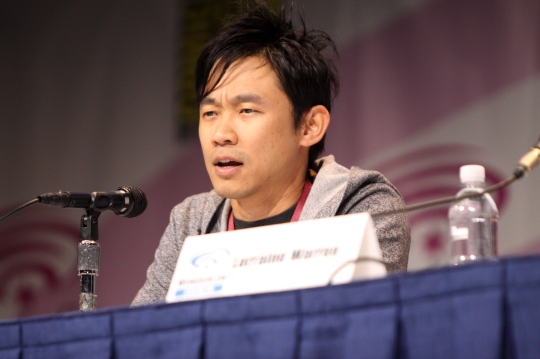 It looks like the horror auteur creator of the SAW series and director of genre films like Dead Silence, Insidious and The Conjuring will retire from his field of expertise. The filmmaker commented “I spent the last ten years of my life doing this. It’s time for a change, for goodness sake!” and also implied that he doesn’t want to always direct the same type of movies.

In fact his next film will be Fast & Furious 7, the newest entry in one of the longest running action franchises. While he is changing genre, he certainly is doing a lot of franchises and maybe that’s something else to consider when planning your career. In any case, Wan’s critical and financial success in the horror genre almost certainly warrants a comeback at some point. Low budget horror films are also the easiest projects to find financing, many people in the business started there. Besides Wan seems to genuinely love the genre and you don’t just forget your first love.

I hear a lot of talk about “large scale”, big movies, HUGE stakes, as opposed to small films. Usually by that people mean big budget vs. art house, Hollywood vs. independent and so on. With the advent of Computer Generated Imagery (CGI) and the decreasing cost of better and more realistic digital effects, studio tent-poles have become animated pictures with some humans here and there. Is it about the humans anymore? I don’t know. It seems to me, it’s all about extreme spectacle, in terms of “how much can we destroy?”. What I’ve noticed is that people tend to confuse the “size” of the film with the meaning of the story.

Hollywood studio films have always been about size: The bigger the better. Big A-list stars, big productions, huge sets (or green screens) and even long runtimes – Is that automatically a bad thing? Of course not. I’m trying to say indies are better than corporate products or anything like that, although my vocabulary certainly betrays some bias! There are good films in both camps, that’s not even worthy of discussion we all should know that by now. Yes, there’s also good films from every country and every decade of cinema. Moving on, the “problem” I’ve noticed is that people tend to mistake the commercial stature of a picture or the amount of CGI related destruction involved with its greatness in terms of themes.

Superhero films are all the rage these days, they’re everywhere it’s only a matter of time before people will be sick of them and wonder how they almost exclusively enjoyed consuming those for the past decade or so. Okay, it seems to be a long-term trend, but I hope people will get tired of those comic book adaptations and stop taking them so seriously already: It’s ridiculous. Anyway, the real issue is that these people tend to see “smaller” independent films as irrelevant or uninteresting, because they are not “big”. Okay, maybe an art house film won’t show you a metropolis get invaded by aliens or destroyed by whatever cartoony malevolent force, but that doesn’t mean it can’t be big, just maybe in other ways. Blockbusters are about big explosions and action set pieces. If you asked people who like them what they are about thematically they probably could tell you, but that’s not what most of them are interested in.

Movies are about entertainment, they are considered the most “accessible” art form (although that’s debatable) and I’m not saying a film that is “just” entertaining is bad or has no right to exist. To me however a “good” film, one that I would consider to be on my favorites list, should have something more than that, something deeper. I don’t feel like any of these summer blockbusters are that deep. Mostly whatever message they have is watered down, diluted and tailor fit for the masses. Everyone can see it, it’s that obvious, oh and don’t forget people abroad have to “get it” as well, because now American films have to appeal to China and Russia and Brazil and all those great new markets, so the simplification is taken to a whole new level.

Aside from that, most of these gigantic, bombastic movies forget that one of the most important thing are the characters: The human element. People need to be able to connect to the film otherwise they won’t feel anything. A shortcut to that are character archetypes and a very “emotional” orchestral score. That’s fine and well if you like being manipulated, but it’s also empty and shallow. More interesting to me are character pieces, films about a single human beings life. To me a film about the human experience and human nature is the biggest possible in terms of emotions, feelings and themes. There is no need for those characters to save humanity or similar silly and unrealistic plot devices to discuss life. A Werner Herzog documentary on death row will affect me more deeply and inspire me to think more than any Avengers film, besides also having a more cinematic feel and aesthetic.

You can agree or disagree, but it’s the same basic idea of journalism. Reports about millions of deaths are sadly irrelevant to us, but if you show a single human being or a family and their tragedy or loss we are suddenly able to relate and understand. That is precisely why people are dissatisfied with how some films portray the destruction of entire cities. Aside from the unrealistic fact that not many people die, most of those people are faceless. Oh, and remember we are talking about PG-13 films, which honestly every time I see that rating for an action film I will just assume it’s going to be unrealistic, because if buildings were to collapse on people in real life they would fucking die.
So if you want a movie that is genuinely big you have to earn it, and the way to do it is by “scaling down”. Make it about the superhero, make it introspective, but most of all be honest. If a city is destroyed people die, deal with it. It might not be pretty to look at, but you’re the one that wanted to destroy cities, so now face your consequences. It seems to me people are afraid of dealing with real emotion and so they hide behind preposterous conceits and spandex.

Again, this whole discourse may sound like me taking a dump on blockbusters, but I’m actually not opposed to them. I do enjoy some of those movies, especially the ones from action auteurs such as Bay, Snyder or Emmerich because if anything they distinguish themselves visually. What I dislike are generic looking rip-offs of those directors that somehow, for whatever absurd reason, have the feeling they’re better. It is regrettable that what cinema has come to these days is sequels, prequels, remakes and reboots, but that’s the way things are. It’s all about brand loyalty, and certainly there’s a similar aspect in the auteur world as well, because films are “risky” goods for costumers who don’t know what they’re going to get, but I feel that some movie goers could benefit from expanding their horizons a little bit.
I hear a lot of complaints from mainstream movie goers that there aren’t many good movies coming out lately, but of course if you only watch a certain type of movies you’re going to run out of stuff to watch pretty soon. Try and watching films you wouldn’t normally watch and who knows they might surprise you and don’t give me any of that large-scale bullshit. 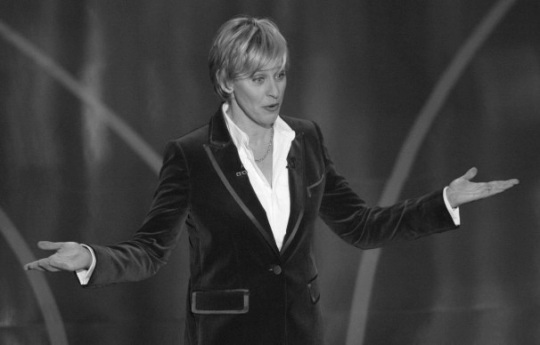 She’s back! Seven years ago, back when Martin Scorsese’s The Departed won Best Picture, in 2007 Ellen DeGeneres hosted Hollywood’s biggest, most glamorous and possibly important event of the year. It seems that the newly appointed president of the Academy of Motion Picture Arts and Science was impressed with her, or the good rating she managed to get back then.

Here’s how she announced the news via twitter: “It’s official: I’m hosting the #Oscars! I’d like to thank @TheAcademy, my wife Portia and, oh dear, there goes the orchestra.” She also remarked “I am so excited to be hosting the Oscars for the second time. You know what they say — the third time’s the charm.” Sounds like she likes hosting the awards telecast.

Last year we had Family Guy creator Seth MacFarlane presenting, and I thought he did a decent job, although some of his routine was a little boring and over-long. Ellen on the other hand is charming and has great comedic timing. She doesn’t seem like the kind of person to waste people’s time.  I’m very excited for the Oscars and Oscar season. Maybe the new president will shake things up a little, but probably we’ll be getting more of the same ol’ same ol’. Either way I look forward to it. The ceremony takes place March 2nd, 2014! 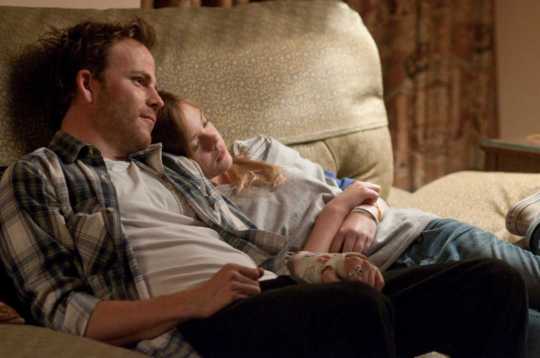 Johnny Marco (Stephen Dorff) is a famous Hollywood actor living at the Chateau Marmont. Between the routing that comes with promoting his films, getting awards and lending his face for special effects Johnny Marco is bored and on the verge of an existential crisis. His life feels empty, he’s literally spinning around in circles going nowhere. Even sex lost its taste. Everything suddenly changes when his eleven-year-old daughter Cleo (Elle Fanning) comes to live with him for a brief period of time. Johnny realizes that he’s been neglecting her and that he doesn’t know her at all. Spending some quality time with her on a trip to Milan, Italy something in him is awakened and he finally seems to want to take responsibility and be a part of Cleo’s life. Ending the film on a hopeful note, Marco finally seems to be going somewhere.  END_OF_DOCUMENT_TOKEN_TO_BE_REPLACED