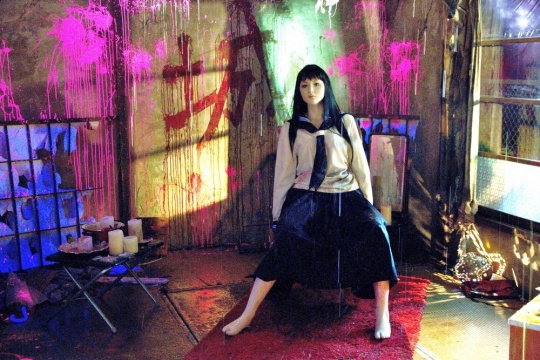 A terrible murder has occurred in the love hotel district of Maruyama-cho, Shibuya (Tokyo). A woman’s dismembered body and creatively rearranged with that of a mannequin. The police is investigating the case.
Izumi (Kagurazaka Megumi) is a devout wife and the picture girl for housewives in the 1950s. Unfortunately it’s the 1990s and Izumi, who’s turning 30, would like to do something with her life. Anything really, that doesn’t involve only thinking about her husband (Tsuda Kanji) Yukio’s slippers and marseille soap all day. Yukio is a famous novelist who’s never home. He treats her wife like a maid and doesn’t really seem to love or care about her. Out of boredom Izumi decides to take a job cooking sausage samples in a local supermarket. One day a costumer notices her and asks her if she wants to become a model. Turns out the new job involves more than just posing naked. At first Izumi seems to be finally taking control of her life, but then everything spirals down in a vortex of sex, prostitution and water balloons filled with pink paint.  END_OF_DOCUMENT_TOKEN_TO_BE_REPLACED 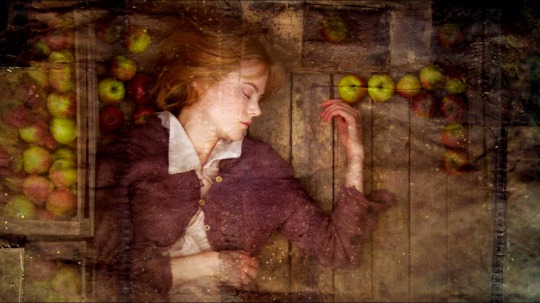 Grace (Nicole Kidman) is a beautiful young woman on the run. In her escape from the mob, she arrives in a rural small town somewhere in America. Dogville is a quiet place isolated from the rest of the world. Its residents are simple people who like to keep to themselves and see her arrival with some skepticism. Fortunately for Grace, Tom (Paul Bettany) a young philosopher is willing to help her. His generosity is not completely selfless: He is trying to prove his people a point. Tom wants to teach the town’s people that if they are able to accept a stranger they will only be better off for it. At first reluctant to engage with Grace, the people soon start benefiting from her presence. She offers her services to everyone in town and so after a two week trial period they decide that she can stay. On the fourth of July however, the police issues a fake warrant for her arrest. The people of Dogville know she is innocent, but nevertheless they begin to treat her like she owes them more. Grace is abused, she tries to escape, but fails and is abused once more until Tom has had enough and decides to call the mob. It all ends in an epic climax you’d have to see to believe.  END_OF_DOCUMENT_TOKEN_TO_BE_REPLACED