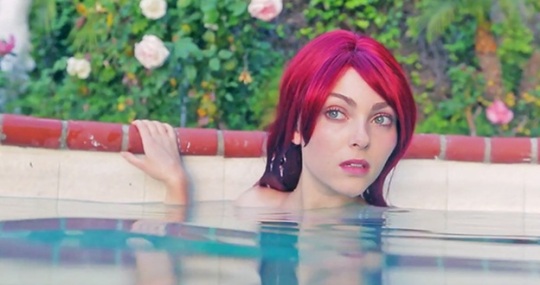 Well, this is only mildly funny. A couple days ago Funny or Die posted a spoof for Sofia Coppola’s upcoming The Little Mermaid film. If you remember back in March it was announced that the Lost in Translation and Somewhere director was going to be at the helm of a live action adaptation of Hans Christian Anderson’s classic fairytale. Because this news seemed so outlandish and far from anything Coppola has done so far the internet didn’t waste anytime and sure enough we got our first spoof (and the movie isn’t even out yet).  END_OF_DOCUMENT_TOKEN_TO_BE_REPLACED

Yes, ladies and gentlemen they’ve already announced the movies playing at Sundance 2014. Since the festival prides itself over the fact that it almost exclusively picks movies from new-comer directors or lesser known filmmakers sometimes the only guidelines we have when picking a Sundance indie is the cast. Being an Aubrey Plaza fan and seeing that the movie also stars the likes of John C. Reilly and Anna Kendrick (which never hurts) I’m going to put this one on the list of movies to watch out for next year. Looking at these first stills for the film I have to say I’m getting strong Warm Bodies vibes, which is not a bad thing, but let’s just hope that the film is original and not a trying to be that movie (which I really liked by the way).  END_OF_DOCUMENT_TOKEN_TO_BE_REPLACED