Suzuki Keiko is turning 22. Her father died of cancer and she manage to secretly steal some of the remaining bones from the crematorium. Keiko is alone and thinking a lot. In three weeks she will be 22. She decides to chronicle these three weeks. She decides to chronicle every hour, every minute, possibly every second. Time passes. Time passes as she speaks. She speaks of time passing. She counts the seconds as they pass. Her 22nd birthday is nearing. Time is still going. She can say or do whatever. Time doesn’t care, it just goes on, with the same exact, precise, boring rhythm and pace.

Keiko desu kedo (original Japanese title: 桂子ですけど, which means It’s Keiko or I am Keiko) is one of Sono Sion’s early experimental films. It wouldn’t be unfair to label I am Keiko a student film, because it very much feels like one. Clearly at this stage of his career Sono was experimenting a lot and you could say that this movie doesn’t really have a traditional three act structure or narrative. It’s very hard interpret a film like I am Keiko, because it doesn’t offer a ready-made moral. What is clear from the get-go is that it’s a film about time.

In that respect the film almost feels like a chore sometimes. I am Keiko is not exactly what you would call entertainment. Multiple times throughout the course of its 1 hour 1 minute and 1 second runtime Suzuki Keiko is intensely staring directly into the camera. There’s no score or sound: Just a close-up of her face, which sometimes lasts minutes. I have no problem with that, mostly because Suzuki is a lovely young lady, however it does get a bit uncomfortable after a while. Depending on the expression on her face, if you stare at her you will feel something different each time.

One time I started laughing for no reason and one time she made me really sad for her, even though I obviously don’t know her. The whole film seems more interested in getting a specific reaction from the viewer, maybe it doesn’t really matter what, as long as it’s a strong one. Sono plays with colors alternating according to numbers. There’s a section of the film which is just Suzuki counting from 1 to 60 and the whole screen is just colors alternating like a rainbow. Then towards the end there are lengthy montages of Suzuki walking around with a voice-over of her counting to sixty. 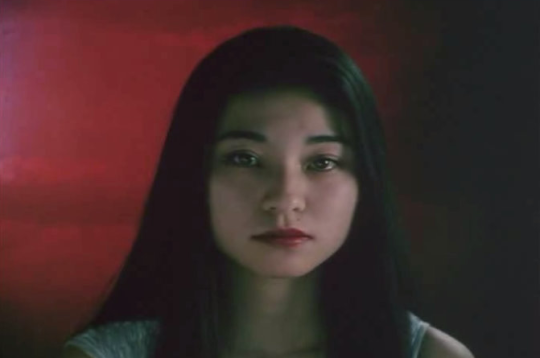 Sometimes I even had the feeling that Sono was commenting on the fact that we watch movies for entertainment, among other reasons, but for some that’s certainly the main reason. In that way Keiko staring back at the viewer is subversive, like she’s saying: “Yo, what are you looking at?”. If we watch movies to pass the time, in this one the main character is also trying to pass time, only usually people in movies do something entertaining. In this film Keiko is bored, she literally counts the seconds and we are watching her being bored, when we’re most likely looking for someone to entertain us.

It’s genius in theory, but it can get a bit boring and repetitive. Luckily, that’s not all the film has to offer. As I’ve mentioned before the film uses a very unique color-scheme. This is actually one of the most stylish Sono Sion films I’ve seen so far, it’s unfortunate that it’s only available on YouTube, because I feel that it deserves a theatrical presentation in order to be fully appreciated. What Sono does is essentially work with very intense, basic pastel colors: red, green and yellow. While the color red often symbolizes blood in Sono’s films, I would interpret these simple, mostly primary colors as a reflection of Keiko’s ennui. 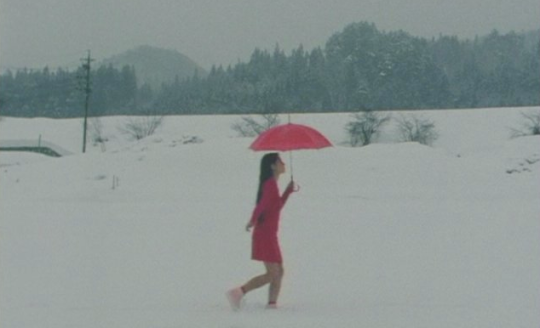 The film is not always just Keiko counting and speaking of time passing, fortunately. There are some funny bits where she dresses up as a wacky news anchor and basically just tells us about her day. She recounts the most mundane things, like what she ate, the phone number of a friend she called or the new answering machine message she recorded. The scenes are funny, because of the ridiculous wigs she wears and the music playing in the background, which is just the most repetitive, bland, but oddly upbeat tune. Little scenes like that here and there save the movie from being completely dry and devoid of fun.

Overall, I’m glad I watched this movie, because it’s an unusual Sono Sion film. I am happy that films like this exist, but if I have to be honest it’s also not something that I think I’ll revisit anytime soon. To me a good film can be deep and entertaining at the same time. Making an artistic statement doesn’t exclude fun, just like making a fun movie shouldn’t mean having to turn your brain off. I am Keiko is fascinating to watch, but doesn’t seem to have a lot to say compared to some of Sono’s better films. That being said, Suzuki Keiko is fantastic in the title role and the film has a very unique look and feel, which makes up for some of its pretentiousness.