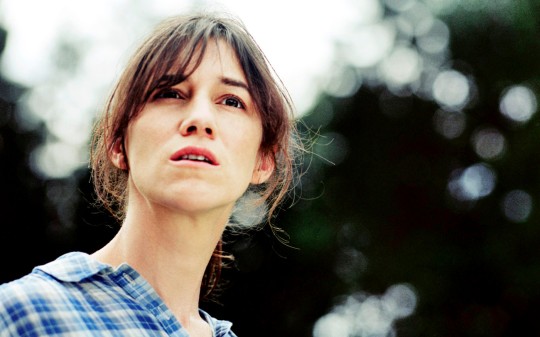 “Perhaps the only difference between me and other people is that I’ve always demanded more from the sunset. More spectacular colors when the sun hit the horizon. That’s perhaps my only sin.”
– Joe (Charlotte Gainsbourg) in Nymphomaniac Vol. 1

Not only is this my favorite quote from the first part of Lars von Trier‘s new film Nymphomaniac, but it’s also my favorite film quote from 2013. My second favorite quote of the year comes from Before Midnight, when Jesse and Céline argue and he tells her “I don’t always do anything” dead serious, but almost in passing, between a number of great lines. Back to Nymphomaniac: Why is that my favorite quote? Several reasons. Charlotte Gainsbourg‘s delivery in her soft voice, but with an almost self-pitying tone. The way Lars edited and inserted it into the film, which gives it a certain weight. Of course it’s also beautifully written.

I believe that line contains the essence of Nymphomaniac and what the filmmaker is trying to say. Joe’s depression comes from her self-hatred and the punishment she inflicts on herself. She knows that she can’t change. She says that she doesn’t have a problem with her sexuality, but that may only be true to a certain degree. While she rationalizes her addiction and doesn’t think she’s doing anything morally reprehensible, she realizes that other people are judging her. She does feel the need to justify herself, which doesn’t necessarily imply that she feels guilty, but she is definitely not happy.

Her unhappiness, her inability to get out of her depression, enjoy life and find meaning is what she hates about herself. Her only sin is that she is never happy and always wants more. She demands more pleasure, more intensity, more. Through sex she believes that she can feel the most, maybe fill her void and not need anything else. Deep down she knows that even if sexual pleasure is the most intense thing she can feel it’s never going to be enough. This only reinforces the downward spiraling circle that is her depression. Her sin is permanent dissatisfaction, asking too much from God, inability to accept what she has.

It’s sad, yet beautiful at the same time – It summarizes Joe’s depression in three short sentences.