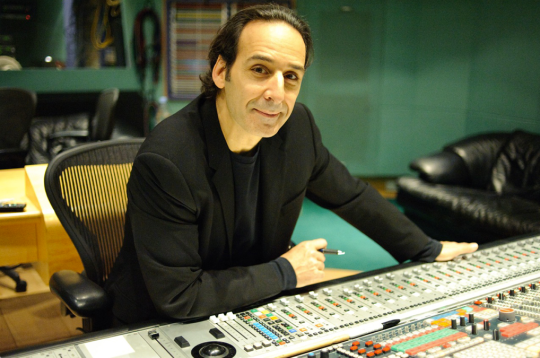 In this brief appreciation piece for the great French composer I will reflect on his career, my favorite film scores of his and his stylistic choices. Since I am not nearly as knowledgable about music as I am about film, my analysis might end up being shallow, but I just hope that my love for his compositions shines through, because that’s all that matters.

My first exposure to an Alexandre Desplat score was likely the one for Girl with a Pearl Earring (2003), of course at that time I wasn’t as immersed into film culture enough to pay attention to something as boring as the ending credits of a movie. I do however distinctively remember that the music for the film was certainly powerful, while also possessing a classic and timeless feel. Of course Desplat had already been composing film music for decades.

His first motion picture score was for an independent French film called Ki lo sa? (1985). Since then Desplat went to work on some of the biggest Hollywood productions of our time like the Harry Potter franchise or the Twilight saga. He did manage however to keep working both in France and on lesser known, but certainly more interesting films. In 2007 he got his first Oscar nomination for his work on The Queen (2006), since then he has been nominated other five times, more recently this year for Philomena (2013).

Sadly, Desplat hasn’t won an Oscar yet, but it’s only a matter of time and surely a safe bet to assume that he will somewhere down the line. It’s interesting how he works on both commercial films and prestige pictures. He doesn’t seem to care. Of course his most interesting work comes from collaborations with great auteurs such as Ang Lee (Lust, Caution), David Fincher (The Curious Case of Benjamin Button), Kathryn Bigelow (Zero Dark Thirty), Matteo Garrone (Reality), Roman Polanski (The Ghost Writer, Carnage), Terrence Malick (The Tree of Life) and of course Wes Anderson (The Fantastic Mr. Fox, Moonrise Kingdom).

Stylistically, I noticed that all his scores have one track that is used predominantly and then adapted in various iterations, with different instrumentation and orchestration. There is always that one melody that you come away humming after watching one of his films. The rest of the tracks on his score are usually shorter and seem to be extrapolation of the same “universe”. I guess you could compare main theme to a tree trunk and then the other pieces of music surrounding it to the branches and leaves.

In terms of sound, his scores sound like classical music, but the beauty of it is that his various scores can stand on their own without the picture. One of his biggest influences seems to be Federico Fellini’s composer Nino Rota. His inspiration is clearly audible in the strangely sinister, yet beautifully haunting and bittersweet score for Reality (2012). In general I would say that he fits into the romantic aesthetic of someone like Tchaikovsky.

My favorite thing about his music though is how varied it is, even though he often rearranges the same pieces multiple times. As we will see sometimes his scores are so majestic that they almost overshadow everything else in the picture. Here my five favorite film scores by Alexandre Desplat (in chronological order):

If you’ve heard Wong Chia Chi’s Theme, you know what I’m talking about. There’s a certain danger to this score, because of the situation the main characters find themselves in. However it’s also a lush and beautiful score, just like the two main actors, and so it also needs to be seductive and passionate at the same time. The risk of such a great score is that it almost overpowers the film and becomes to grand, but Ang Lee does a great job of not overusing it.

Certainly a very spiritual score, that blends in seamlessly with great classics that Terrence Malick selects for this beautifully shot film. While the film spoke to me more on a visual level than an intellectual one, the music was even better. It’s a more subtle score for Desplat, but it works perfectly. This is a very dramatic score as well, but it also needs to be grand and epic because of the themes explored, but it achieves its greatness by being almost minimalist in its execution. 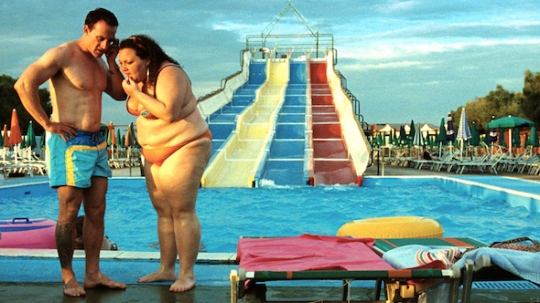 This is where I really started paying attention to Desplat. It’s the first time I remember marking down his name. This score is fantastic, absolutely beautiful. Like the character it gets darker and darker, slowly descending into madness. It’s very reminiscent of Nino Rota’s work for La dolce vita in certain points, but it is a deliberate choice and an homage to the film. I am particularly for this collaboration on an independent Italian film, because Desplat was already a big name and working like crazy during this period.

So far we’ve mostly discussed dramatic films and compositions, but I also wanted to include an example of how effectively Desplat can work on a thriller. While Argo probably didn’t deserve to win Best Picture that year, Best Original Score would have been well deserved. The way Argo creates tension is through scriptwriting and believable acting no doubt, but certainly also sound. Desplat score is intense, but at the same time remarkably melodic, almost to the point where it’s distracting. 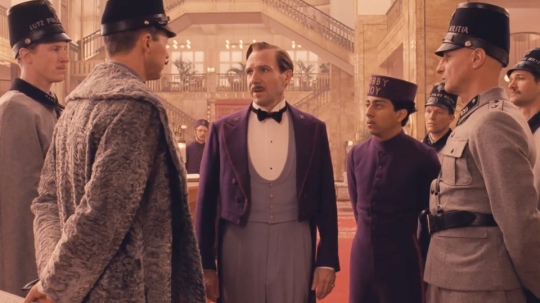 I am going to repeat myself here, but it is absolutely worth it, because this score is just a joyous, energetic and extravagant ride from start to finish. It is one of Desplat’s best and certainly his best with director Wes Anderson, although I love his work on both Moonrise Kingdom and The Fantastic Mr. Fox. The seemingly endless range of instruments adds a unique touch to this score. The music also enhances the comedy of the film and is sometimes showier than Anderson’s already eccentric visuals.

What are some of your favorite Alexandre Desplat scores?